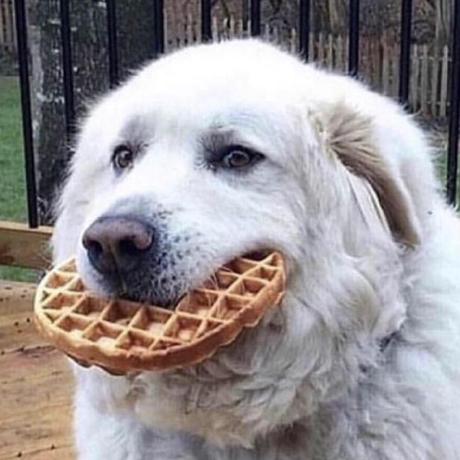 This was a very satisfying pwn challenge from GoogleCTF 2021. It is not difficult but I had fun with it, there is some light reversing and playing around involved and the exploit is a fun twist on the usual buffer overflows.

I would definitely recommend this challenge to fellow pwn learners, and for this reason I felt like doing a writeup on it.

We are given an executable which can compress strings and then decompress the output. I first checked for obvious buffer overflow and heap bugs with IDA, but the code was not clear enough to tell right away. So I needed to actually reverse the program first.

I do not know any compression algorithms and the code seemed to be a pain to reverse, so first things first, play around with the program to get a feel for it!

To do this I tried a few inputs to try compressing.

First of all, I wanted to see if the algorithm actually compresses. I inserted the max amount of bytes we are allowed, 4k. aa represents the byte 0xaa.

It clearly does compress. We can see our 0xaa in the middle, and then a bunch of metadata to make the decompression algorithm work.

This time it did not compress anything, we see our aaa right there in the middle, uncompressed.

54494e59 are the magic bytes, excluding them in the decompression phase gives us the error “bad magic”. ff0000 seems to signal the end of the compressed string.

After a bit I got the idea of trying with patterns, which was quite important. It seems to work, although it’s not very obvious why those numbers changed that way.

It took me a bit more playing around than this to figure it out, but basically: That 03 tells us the pattern length, while 0f tells us how many more bytes we have to write of that pattern!

It’s all speculation before decompiling the executable of course, but playing around like this helped a lot.

So I wanted to figure out how it would handle lengths greater than a byte. Pattern length remains 01, for bytes to write we have ff01 and I had no idea how to interpret it.

After all these tests it became clear that 0xff seems to be a special byte. I asked myself, what would happen trying to compress a string with 0xff in it?

Compressing 3 ff’s gives us 54494e59ffffffff0000. However, trying to decompress this string gives us ERROR: input underflow.

At this point it’s pretty much confirmed that we have to exploit the metadata given to the decompression algorithm.

I focused on the decompression algorithm since that was the most likely exploit target.

I did a relatively extensive decompilation work for the decompression function and I will post some snippets to show the most important parts. Full decompiled code will be in the attached files.

In the decompression loop we find this snippet which confirms that 0xff is a special byte, for all other bytes it just copies them to the output string. There is an overflow check.

When current input byte equals 0xff, the algorithm starts parsing the next bytes as the pattern length and num bytes to write.

Basically, it takes only the 7 less significant bits of the byte. If the 8th byte is set to 1, it means the next byte is also part of pattern length (and is not part of num bytes).

Same thing is done with the number of bytes to write.

They are signed variables, which means we can set patternLen / bytesToWrite to be negative. We can also set them to be too big, there are no controls on this really.

Basically, it makes an iterator of the output array, at the start of the pattern. It then starts copying it to the next characters to write to, for bytesToWrite characters. What’s important is that there is no check for overflows for this mode of input (unlike in the normal character copy). It took me longer than I’d like to admit to notice this (and it was purely by chance ☹️).

A big issue we have to deal with in the exploitation is that the main function is very restrictive, it simply calls the compress or decompress function with your input and then returns.

Our compressed / decompressed strings will all be placed in the stack, this is not a heap challenge.

We’re pretty much forced to obtain leaks and a second stage (call main again), all with a single decompress payload. How?

The leaks were easier to reason about, so I started doing these. They’re also the first thing you need to obtain so that’s great.

Basically, we can poison the pattern length metadata so that the decompress goes to search for bytes to copy out of bounds.

We need negative values to leak bytes on higher addresses than the output array.

I implemented this function to help me craft length values:

Since the variables are signed 64 bit integers, we can craft negative values like this

In this example, 4104 is the offset of the canary relative to the output array in the stack.

Note that, to leak multiple values, we have to take into account the amount of bytes we have already written, as the index of the array moves with them.

Ok, we can leak things from the stack, but how do we overwrite the ret address while keeping the canary intact? We can use the overflow in the pattern copy snippet.

After writing the leaks to the output array, we can use them as pattern! So we can start copying the values lots of times, until we reach the canary and the ret addr.

I noticed that the stack has a pointer to start(), so we can leak that and then use it as a ret address.

It’s all about alignment of the leaks at this point. In the second stage we do pretty much the same except we insert our rop as normal bytes and then we start copying it lots of times until we overwrite ret addr.

Remember, we have to use the pattern copy because the normal byte insertion is checked for overflows.

My payload was getting real messy so I implemented a class to help me exploit.

This also allows me to better show the logic in the exploitation:

As the flag tells us, it seems the algorithm is based on lz77.

After getting access to the server we can also read the ‘documentation’:

So it seems that we can indeed insert literal 0xff, although the compression algorithm maybe does not make use of it? (In the beginning I have shown that the compression with 0xff in it gives errors)